Etna and Menfi are the main protagonists of this harvest: Planeta’s 2016 vintage

Sicily will remember the 2016 vintage as one to remember. If this is the general agreement throughout the whole island, we must mention the notable peaks in quality on Etna and the western area, at Menfi, in spite of some minor problems in the south-east, and similarly at Noto and Vittoria, due to the prolonged drought.

Sicily will remember the 2016 vintage as one to remember. If this is the general agreement throughout the whole island, we must mention the notable peaks in quality on Etna and the western area, at Menfi, in spite of some minor problems in the south-east, and similarly at Noto and Vittoria, due to the prolonged drought.

Thanks to a perfect summer, never too hot though dry and refreshed by some rain in September, this harvest has provided perfect grapes both from the health aspect, allowing us natural and spontaneous treatments of sulphur and copper, and also ensuring the expression of their tannic and aromatic characteristics.

This has resulted in fresh and aromatic white wines, and red wines with ample colour and tannin, thanks to the stress-free ripening without excessive heat and to a balanced productivity without the need for any reduction procedures. For the indigenous red varieties, particularly Nero d’Avola and less so for Frappato, we have in fact recorded a slight fall in production, for a harvest which has otherwise been positive from the point of view of the quantity of grapes.

Going into detail, the winter at Menfi in the south-west had little rainfall and temperatures slightly colder than 2015, followed by a beautiful spring with rain in March and showers generally, which prepared the vines well. The cooler summer with average temperatures between June and September being well below those of 2015 contributed to a fine harvest. The result has been aromatic and balanced white wines with Chardonnay, Grecanico and Grillo peaking in quality, and the big French reds with particularly dense and ample tannins thanks to long slow ripening. Nero d’Avola in particular, thanks also to the lower production, is very aromatic and colourful. 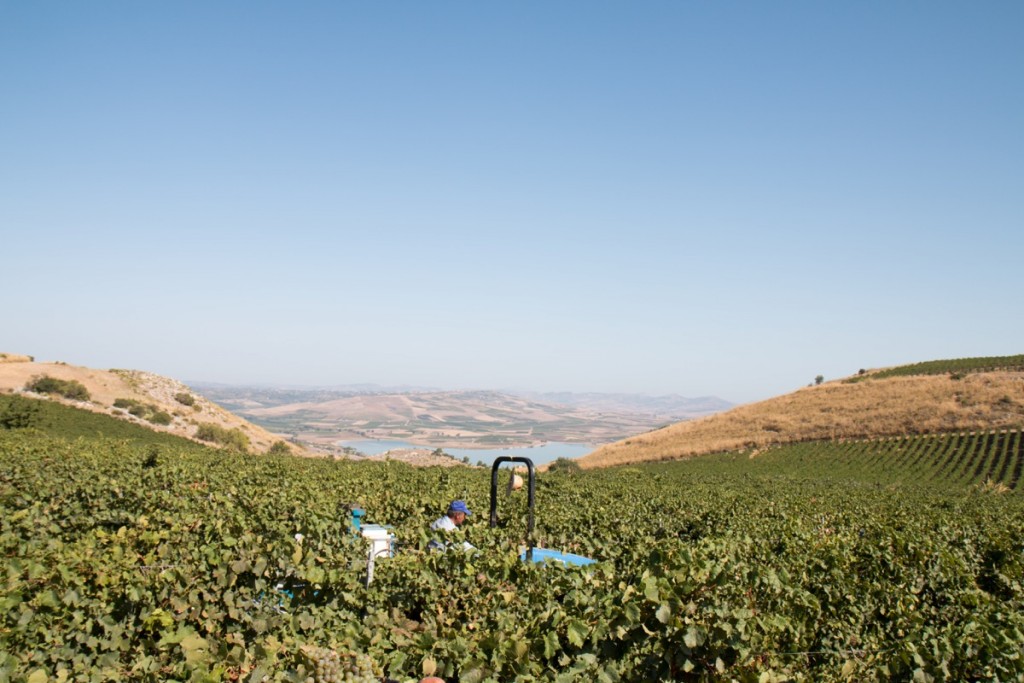 The territory of Vittoria , as in all the south-east, has suffered an extraordinary lack of rain after good rainfall in 2015. Emergency irrigation during the summer (which we always consider an indispensable agricultural practice and, if well managed, fundamental for the quality of grapes and wine), some good rain at the beginning of September and a generally cool summer saved the harvest. As a result the grapes were extremely healthy, giving us a lower production but with rich coloured wines; Frappato, with particular aroma and colour and better results than the Nero d’Avola, which is a little stiff but also has fascinating tones and floral notes.

At Noto the year has also been dry. But thanks to the different soils and to the more ‘southern’ general nature of Noto’s Nero d’Avola, the results have been really good. Nero d’Avola has produced an enhanced aromatic profile from this harvest, in a very austere and intense manner. The Moscato has benefitted greatly from the cool summer, and in both the dry and ‘appassimento’ version, demonstrates varietal and aromatic qualities.

On Etna, as already mentioned, the 2016 vintage has absolutely been our very best since we began our activities on the volcano. It has been so for the white wines and also for our conception of the reds. The reasons are easy to see given the meteorological conditions; the summer was cool and refreshed by a useful rainfall, with very pleasant temperatures. Thus we arrived at the end of September in an idyllic situation for the growth/production balance and health of the grapes. The harvest, thanks to the stress-free summer, began with spectacular grapes and commenced about eight days early, allowing us to bring forward the end of the harvest thus avoiding the rains of the second half of October. The results are a fresh and aromatic Carricante and a Nerello Mascalese of great quality, without the excessive alcohol which is a defining feature in certain vintages, but with brilliant colour and ample tannins. 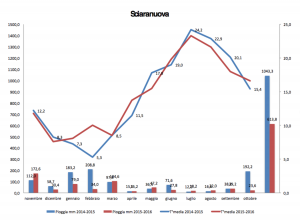 At Capo Milazzo the conditions were very different; as frequently happens the north-east of Sicily has a climate which can differ in significant ways from the rest of the island. Here there was an exceptionally wet November, followed by a fairly dry winter. In March, with the beginning of spring, there were above average temperatures and abundant rainfall followed by a summer which was very cool here as well. Nero d’Avola and Nocera produced less than normal, in the first case due to imperfect setting, and in the second for other reasons. But the cool summer helped the ripening and the quality in this territory, for us still a subject of study, fully satisfied us.