An olive campaign has already begun with the promises to be spectacular for Planeta, for Menfi and the Val di Mazara DOP area

“When the olives begin to change colour and some are already dark
but most are still green, they must be gathered by hand on a tranquil day …” 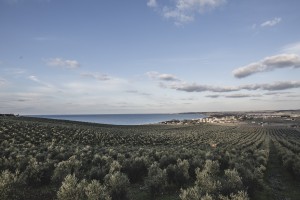 In two thousand years little has changed since Columella – the father of all agronomists – issued his precepts for the preparation of olive oil. At Menfi the days are tranquil, and this benefits the harvest, by hand as it was in the days when ‘De re rustica’ was written.  The agricultural year can be changeable, and this was demonstrated in 2017. The echoes of a grape harvest which will pass into history for its considerable drop in productivity have only just diminished and an olive campaign has already begun with the promises to be spectacular for Planeta, for Menfi and the Val di Mazara DOP area. This is going against the tendency forecast for the rest of Italian production (even in the south), while here we are preparing for a record harvest; with extraordinary quality and above average quantity for a five star vintage. The weather forecast for the olive groves is favourable: the reasonably dry spring favoured flowering and setting, and an excellent yield was already apparent in the summer. The hot summer diminished the population of dangerous insects such as the olive fly, leaving the olives in a perfect state of health. Summer irrigations protected the trees from the heat and the rains at the end of September were a perfect preparation for harvesting, producing olives with sublime analytic values – we cannot remember previous acidity consistently remaining around 0.2%.
We are now half-way through the harvest, which began slightly early on 20th October and will continue until the middle of November; a rapid and happy harvest, thanks to the favourable climate and the considerable yield.  From this 2017 harvest we have our varietal olive oils, initially separating Nocellara, Biancolilla and Cerasuola, which will then be blended so as to obtain the most pleasurable results; we are already prepared for our first deliveries in Italy and abroad. Our three olive oils – the Traditional and the de-stoned Biancolilla and Nocella del Belice – are always produced scrupulously following the DOP regulations, with strict controls. But the quality continues to increase, thanks to the new two-phase decanter complete with superimposed kneading which extracts the oil with delicacy, and was already installed last year in the olive press situated in the heart of our 98-hectare olive grove Capparrina facing the sea. It is here that the olives arrive for immediate pressing – also according to the precepts of Columella – and within a few hours become Extra-virgin Olive Oil. And soon the production will increase. This year we have planted a further 50 hectares, completing a comprehensive plan of conserving the landscape and the quality of the oil; we are delighted to watch the trees growing and expect them to be productive within a few years. 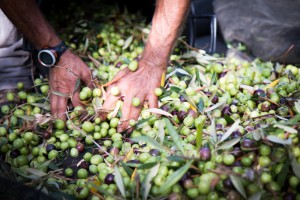 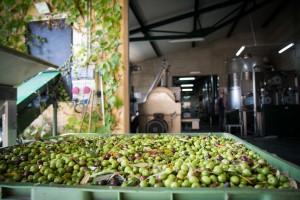